The French Cancan: the story of the Moulin Rouge’s dance 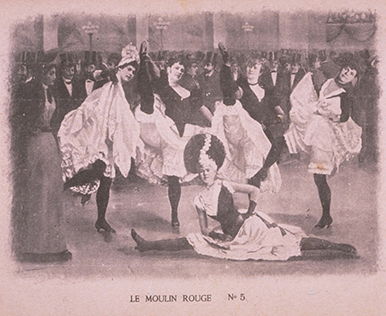 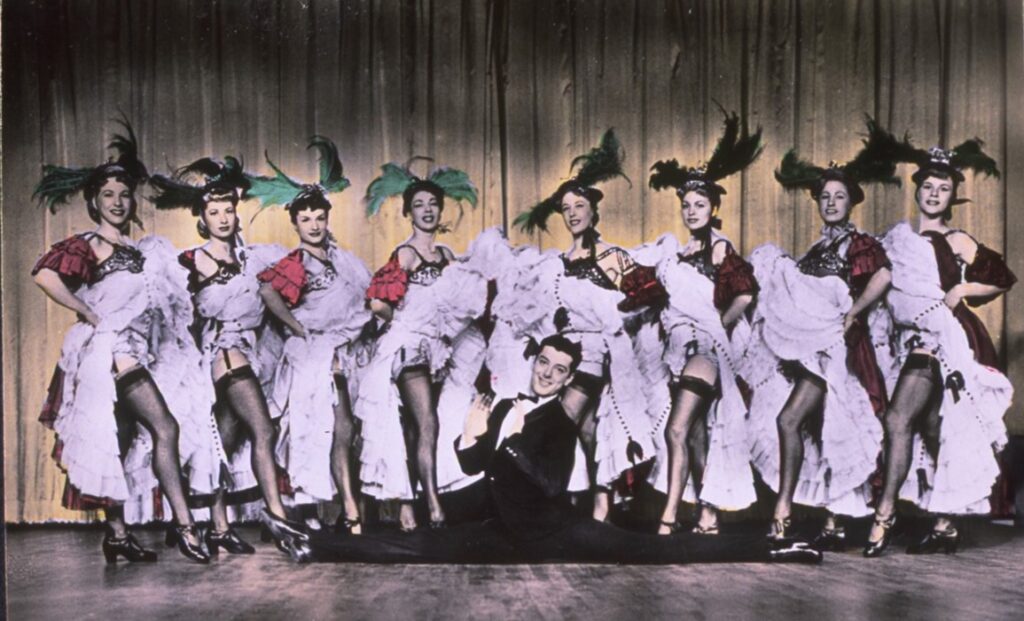 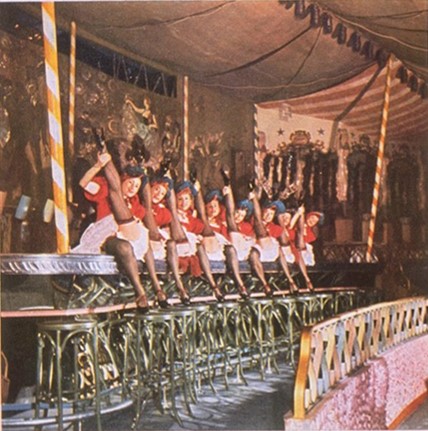 Discover the French art de vivre and enjoy an unforgettable evening at the Moulin Rouge. The French Cancan, this famous 19th-century dance symbolising women’s liberty and emancipation, earned its fame within the walls of the Moulin Rouge.

Let’s take a look back at the origins of this fiery quadrille combining balance, flexibility and high kicks.

From Public balls to the Moulin Rouge dinner shows

The story of the French Cancan dance dates back to the 1820s. At that time, the quadrille was the dance performed at public balls in the capital. To the beat of original compositions taken from operas and ballets, couples indulged in this five-figure dance.

Men quickly took over, dancing disorderly figures for several minutes as a way of letting off steam. The name of this revisited dance? The chahut, meaning uproar or commotion.

Paris in 1850 was buzzing with excitement. Theatres, comedy shows and public balls were booming. Some time after the emergence of the chahut, daring Parisian women decided to take up the frenzied dance as an outlet. At these events, one dancer made the news. Celeste Mogador, star of the Bal Mabille, set Parisian hearts aflutter with her unpretentious quadrille. She was an instant hit!

10 years later, Charles Morton, the inventor of the modern Music-Hall, presented this surprising dance on the Oxford stage. He renamed it the French Cancan because it came from France and caused a stir. Soon after it appeared in Oxford, the socially aware dance was banned for being too daring.

In the city of Paris, however, the popularity of the quadrille now known as the French Cancan was growing. The reason? The incredible cancan dancers of the Moulin Rouge. In 1889, these linen maids of Montmartre Hill took the stage to the astonished gaze of the audience. For them, the cancan was a way of challenging the established order. Some of them became iconic figures. The French Cancan shows in the lavish Moulin Rouge cabaret became more and more popular.

So popular that in 1955, Jean Renoir decided to make a film based on those shows. The result was the film French Cancan, with Jean Gabin playing the role of Danglard.

And to this day, the Moulin Rouge and its dancers continue to impress visitors at amazing dinner shows, where they can admire the cancan dancers in their fabulous feather- and rhinestone-covered costumes. 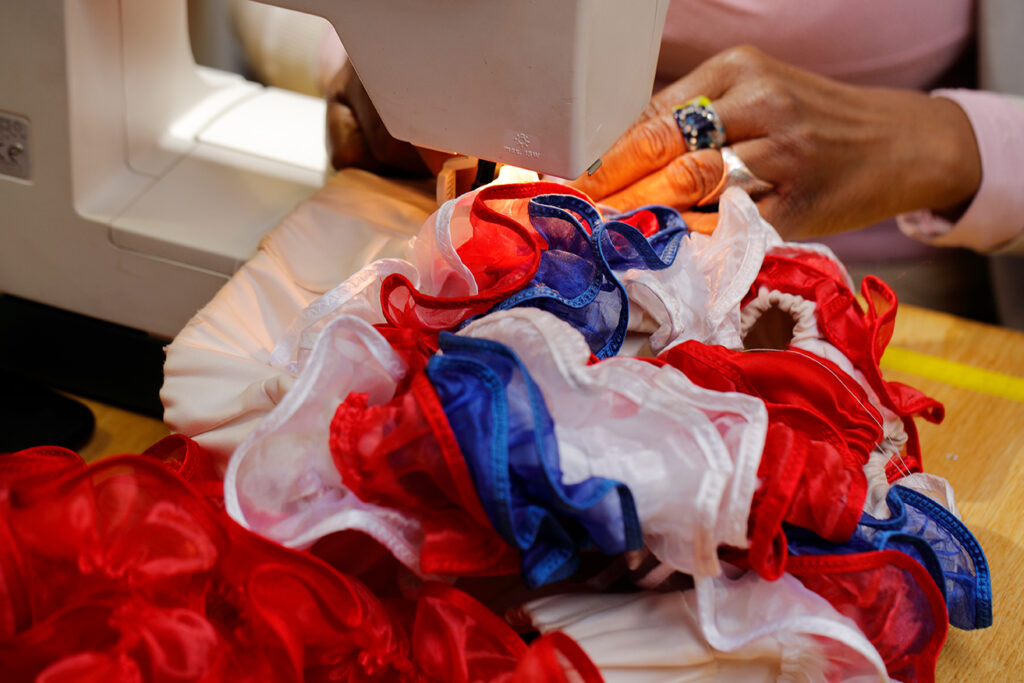 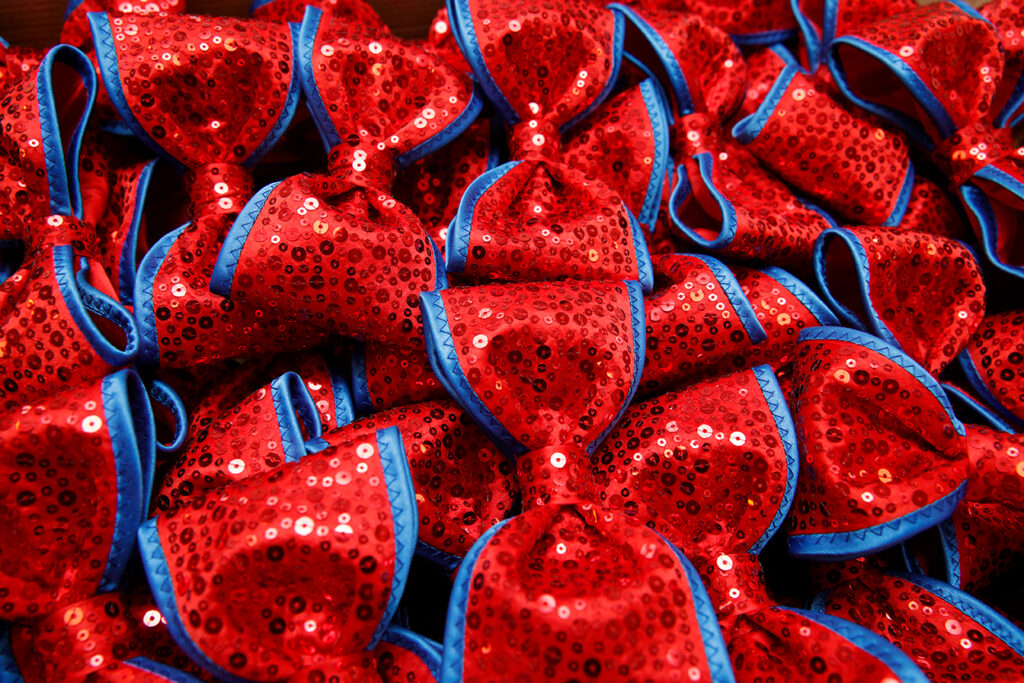 The French Cancan, quite an art.

Frenetic music, twirling petticoats, surprising acrobatics… the dancers of the Moulin Rouge know the art of the cancan. It’s a true phenomenon, but it hasn’t always been as it is now. It was a famous dancer known as La Goulue who established the definitive rules, which were then passed on orally until Nini Pattes En L’air (Nini Legs in the Air) decided to start a specialist school teaching the explosive quadrille.

The French Cancan dance is an eight-minute performance facing the audience, during which dancers measuring 5’7” tall lead the dance to a piece of music by Offenbach. It’s an art that requires Parisian cabaret dancers to have balance, flexibility, acrobatic ability and rhythm. They have to be able to do the splits and perform impressive moves like the “port d’armes”, the “cathedral” and the “military salute”.

But what would the French Cancan be without its iconic costume? A dancer’s dress is entirely designed by the Moulin Rouge Maisons d’Art. It involves 200 metres of frills per petticoat and 32 metres per pair of knickers. The sequins, bows and ribbons are sewn on by hand; let’s just say that, given the tempo of this frantic dance, French Cancan dresses had better brace themselves!

Let the celebrations begin! The Moulin Rouge invites you to discover its Féerie Revue show and enjoy a thrilling evening as a family with your children, as a couple or with friends. Feel the buzz from the artists and witness extraordinary performances that will blow your mind.

Incredibly, since 2010, the Moulin Rouge troupe has held seven world records in the Guinness Book of Records. And yes, the bar is very high at the Moulin Rouge. Among these achievements, the greatest number of French Cancan rond de jambe kicks. The dancers did 29 in 30 seconds at the foot of the Moulin Rouge. Impressive, no?

The Moulin Rouge troupe can’t wait to present its Féerie Revue show for you. Discover the combination of dance and parisian atmosphere prepare to experience an exceptional show in this iconic cabaret. 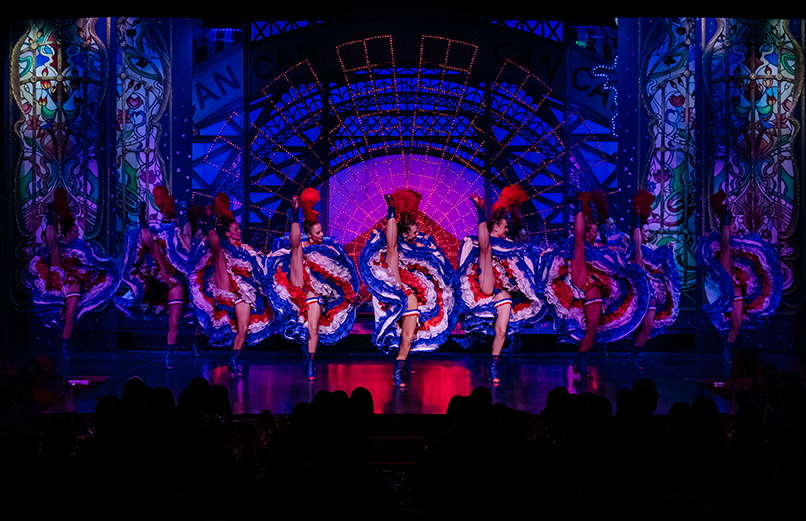 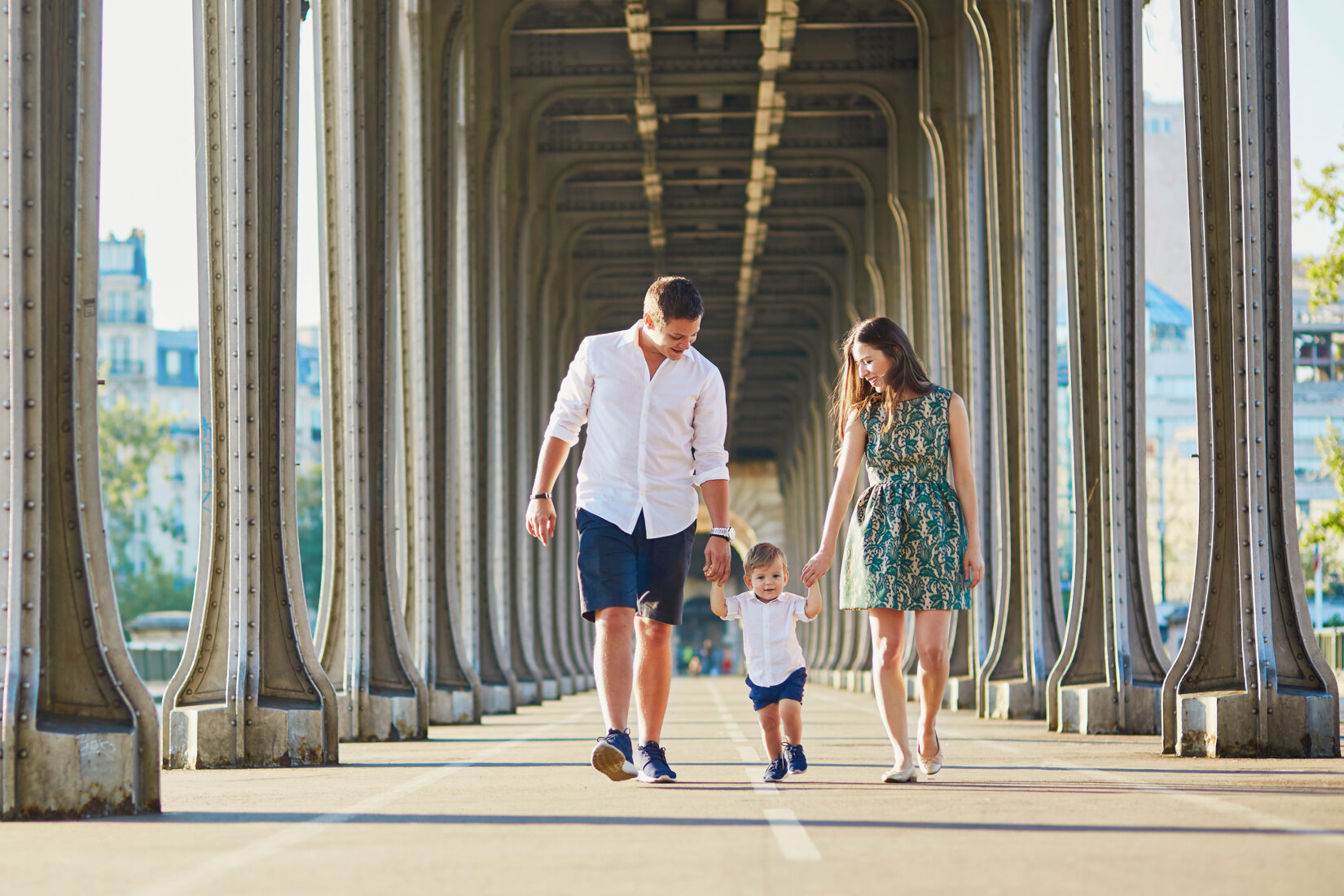 Our gift ideas for bringing home a souvenir of Paris

Discover our selection of Parisian home decor and fashion accessories means you can both treat yourself and take a little piece of the French capital home with you.
Lire la suite

Mother’s Day: Our five ideas for things to do

This year spoil your Mum in the loveliest way for Mother's Day! Discover our five ideas for things to do
Lire la suite 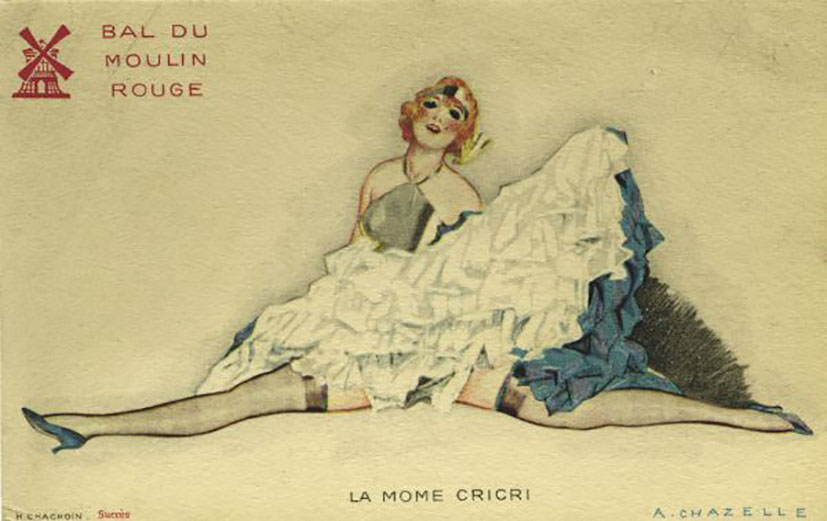 Toulouse-Lautrec, a great admirer of French Cancan dancers and keen observer of society at the time, is famous for his artworks depicting the life of this Parisian cabaret established in 1889. Discover the biography of this 19th century artist.
Lire la suite 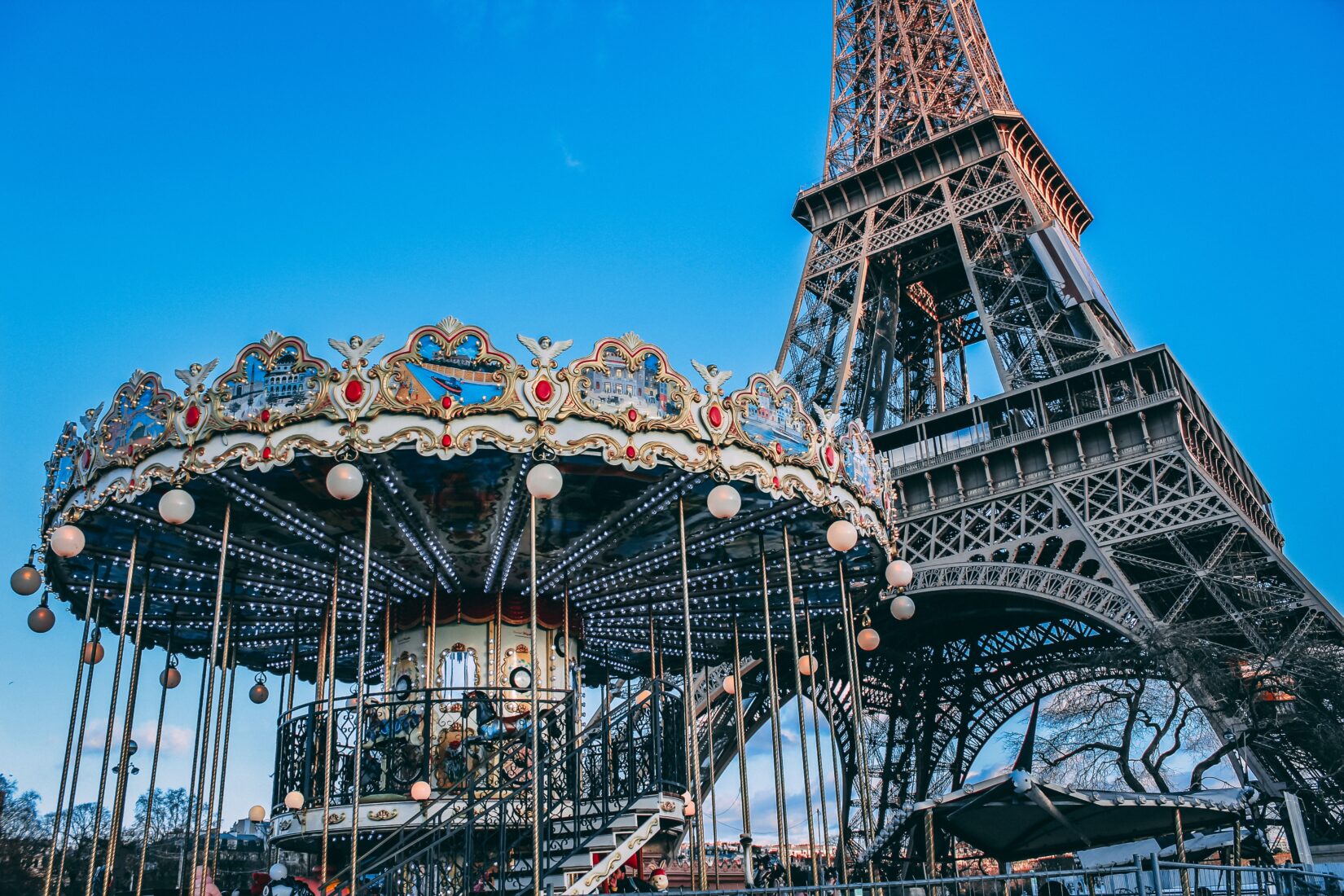 A two-day stay in Paris: our tips for a successful family trip

For your next family weekend away, plan a trip to Paris with your children! Hotel, activities, places to visit and discovering all the city has to offer… We’ve got you covered with our bespoke itinerary of the French capital!
Lire la suite 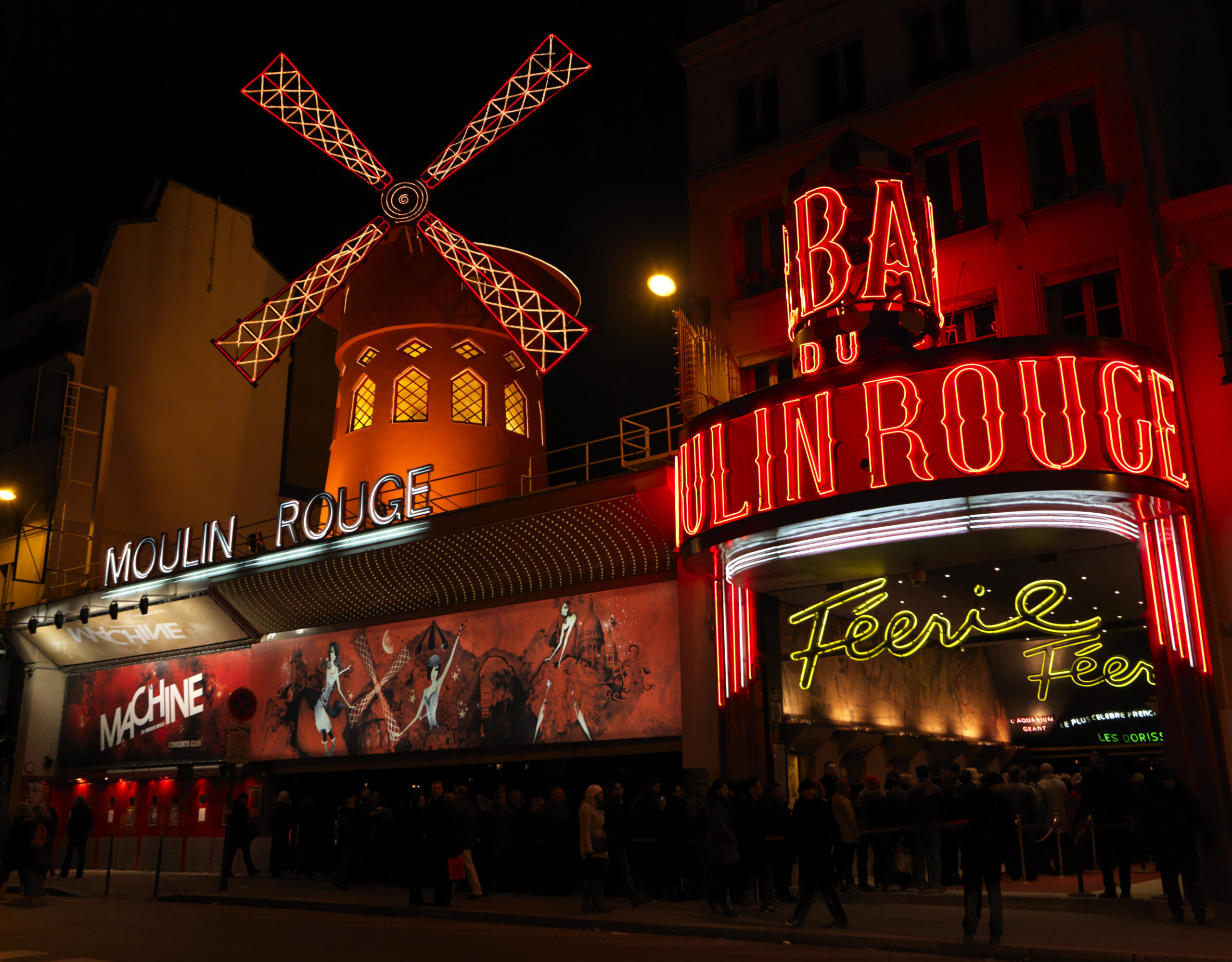 Films about the Moulin Rouge: a great history of cinema

What if you were able to marvel at the dazzling universe of the Moulin Rouge over the course of a feature length film? There are many films about the Parisian cabaret that have shaped the history of the silver screen.
Lire la suite 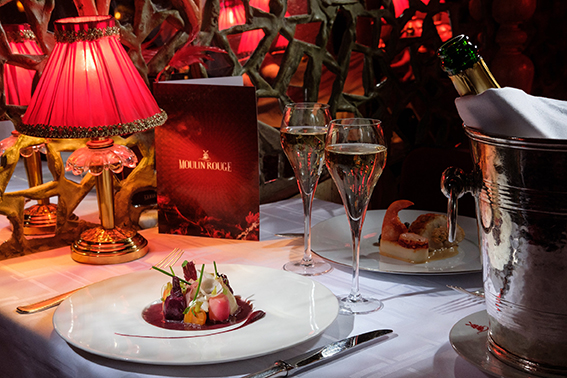 There’s no shortage of opportunities to get together face-to-face in the emblematic cabaret hall, where you can make a ‘standard’ reservation for a dinner show or show, or alternatively hire out the whole venue.
Lire la suite